Here i am sharing the best apps similar to caffeine for macintosh operating system(Mac OS X)to prevent sleep mode.Caffeine is a small app that puts an icon in the right side of your menu bar. Click it to prevent your Mac from automatically going to sleep, dimming the screen or starting screen savers. Here is best Caffeine alternative. 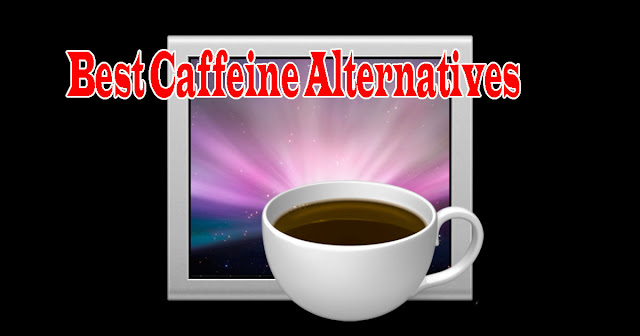 Nowadays people work in laptop,PC most of the time.While boring they went to take some rest or refreshment like tea or something.After some time they back to work on their system,At that time its more annoying that computer or laptop in sleep mode.To prevent such condition i am sharing some utilities alternative to caffeine. 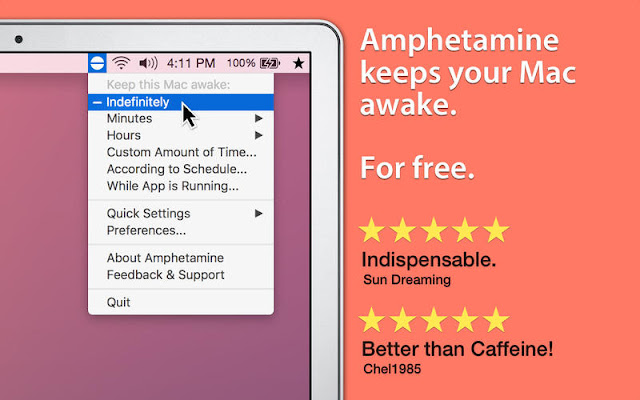 Amphetamine is a tiny application that lives in your menu bar. With Amphetamine, you can effortlessly override your energy saver settings and keep your Macintosh awake.The features of Amphetamine includes Never let you mac to sleep while certain apps are running.Operating system OS X 10.6 Snow Leopard or higher requires for Amphetamine and some special features are also required. 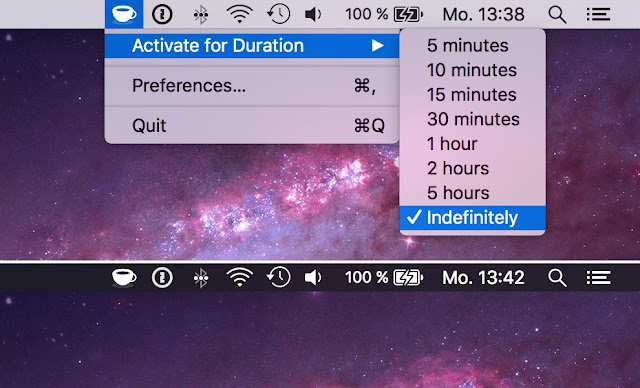 KeepingYouAwake is one of the caffeine alternative app and it is a small menu bar utility for macOS Yosemite and prevent mac from going to sleep as like caffeine.This small app is developed by Newmarcel and distributed in the form of MIT License. 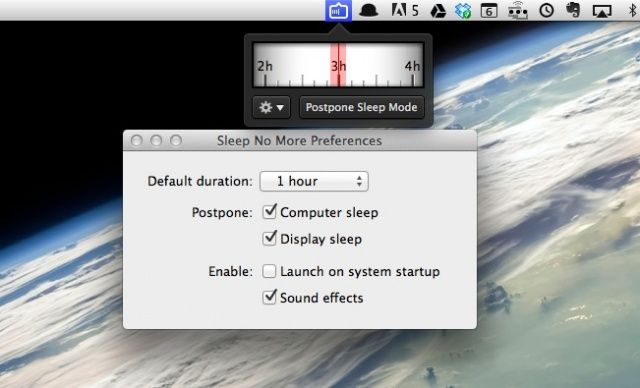 Sleep No More is a little menu bar application, that prevents your Mac from sleeping for a set amount of time.It is one of the apps like caffeine and has more features that that. 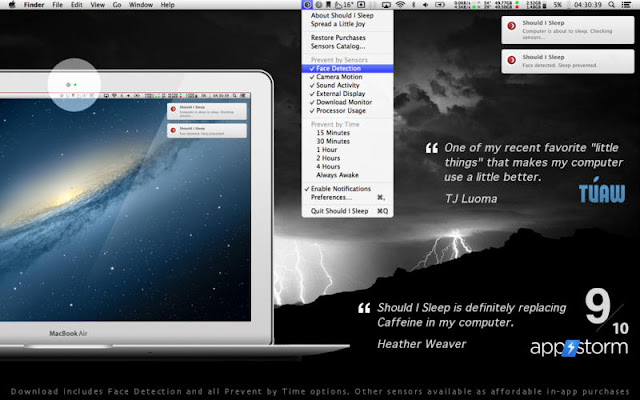 Should I Sleep is one of the similar apps like caffeine to keep mac operating system machine from falling asleep.It is one of the best utilities for all people.Annoyed by the display getting dim when you're reading or watching something then Install an app for that but always forget to activate it? By using a combination of heuristic sensors you are actually at the computer before it sleeps. 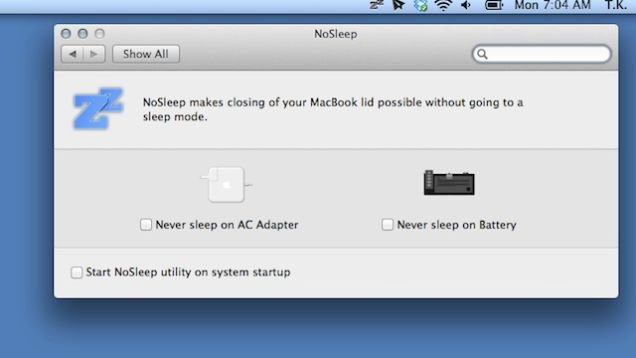 Nosleep replaces the utilities like caffeine, Amphetamine, KeepingYouAwake, Sleep no more like apps.It is one of the best utility for mac operating system.When you close your MacBook, your computer automatically goes to sleep. This means you can't continue downloads, or do updates of any kind without leaving your laptop kept open. NoSleep is a small utility that prevents your MacBook from sleeping when you close the mac.